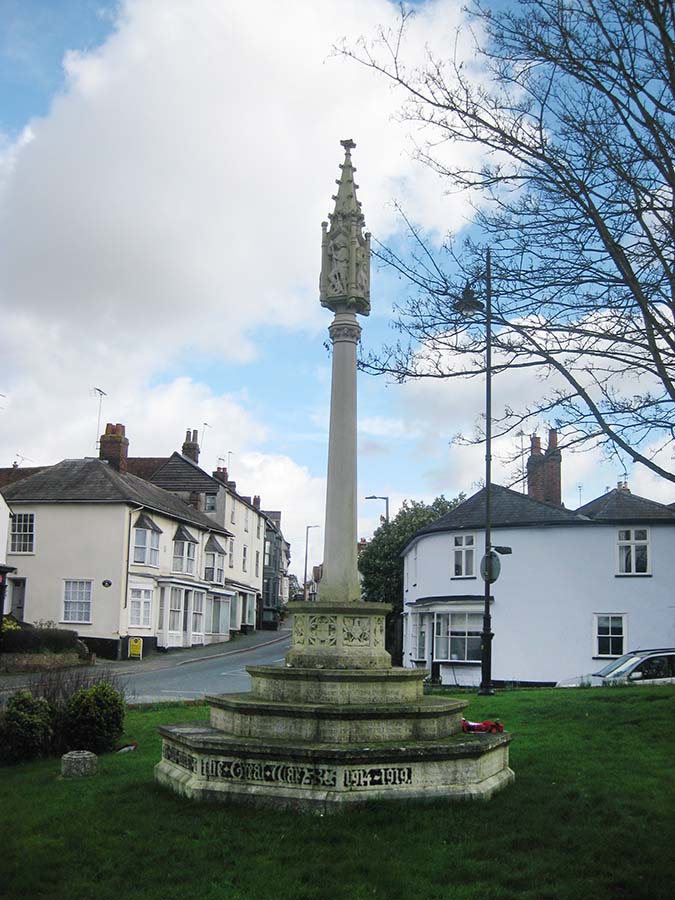 In our February item we talked largely about Samuel Courtauld (the fourth!), who founded the Courtauld Institute of Art, and his role in the cultural heritage of the nation. Many members of the Courtauld family left long-standing legacies though, most notably in architecture,  as individuals, as well as a company.

Courtaulds had a global reputation, but many generations of the Courtauld family have lived in the Braintree District since George Courtauld, an entrepreneur and producer of silk yarn, moved to the area in the late 18th century.  After a less than successful start in Pebmarsh, the company developed mills in Braintree, Bocking and Halstead. Unlike their 19th century contemporaries such as Salt (Saltaire) and Cadbury (Birmingham), the Courtaulds chose not to create industrial villages but they contributed significantly to Halstead's architecture nonetheless.

Weaving had been part of the local economy for a very long time, and many weavers worked from home but after Courtaulds introduced power looms at Townsford  Mill in the early 19th century, the company became Halstead's biggest employer.  Largely as a result of Courtaulds, Halstead's population more than doubled in the middle of the 19th century, and the number of factory buildings continued to increase during the later 19th and early 20th centuries.

In Halstead, the company built homes for their workforce, set up a school, adult education classes, child care, a library, mothers’ club, sick fund, amusement society and lodging houses for their workforce. The Jubilee Fountain, Halstead Public Gardens, retirement homes, a cottage hospital to the town, and the WW1 war memorial in St Andrew’s churchyard, are just a few examples of the contribution made to Halstead’s townscape and beyond by the company or members of the Courtauld family.

Alas, it closed in 1982 and most of the industrial complex was demolished four years later, but look around, and you’ll see many factory buildings and industrial housing still in place beside the River Colne and the area around the Co-op supermarket and Weavers Court. Indeed part of the old factory has now been incorporated into the store, as can be seen in the diagram.

Something you might have noticed around the town is the number of houses with the initials SAC on them. These stand for another Samuel: Samuel Augustine Courtauld, who lived at The Howe on Hedingham Road. He and his wife often walked into town and were appalled by the dingy dwellings they passed.  He demolished many of them to be replaced in the 1920s with the Arts & Craft style properties that can be seen now along Mallows Field and Colchester Road as well as Hedingham Road. Inspired by the novels of Jane Austen and Fanny Burney, their names include: Sense, Sensibility, and Northanger Abbey, but there are many more.

Courtauld buildings continued to spring up around the town until 1940, and not all were built by Samuel Augustine Courtauld. The Courtaulds were prolific builders: Constance Cicely, Edian (who gifted the WW1 war memorial in the main photograph), Elizabeth, George, Katherine Mina, William Julien and another couple of Samuels (there have been many!) all took on architectural projects.  Indeed John Sewell Courtauld even went into partnership with the architect, Edward Smith Coldwell.

Some Courtauld buildings, such as Factory Terrace and Townsford Mill can be found on the national list. Others have been identified and recorded for inclusion on the Local Heritage List as the Courtauld built estate. Local Heritage Lists are made up of buildings or structures which are not nationally listed but which have local importance as undesignated heritage assets.  And there can be no doubt that the Courtaulds are a very important part of Halstead's industrial heritage.

The Local Heritage List was approved in September 2017 and covers the whole of the Braintree District.  Buildings are listed in alphabetical order of towns and villages, and Halstead’s begin on page 32 of the Local Heritage List.  How many of them did you know were built by the Courtaulds? 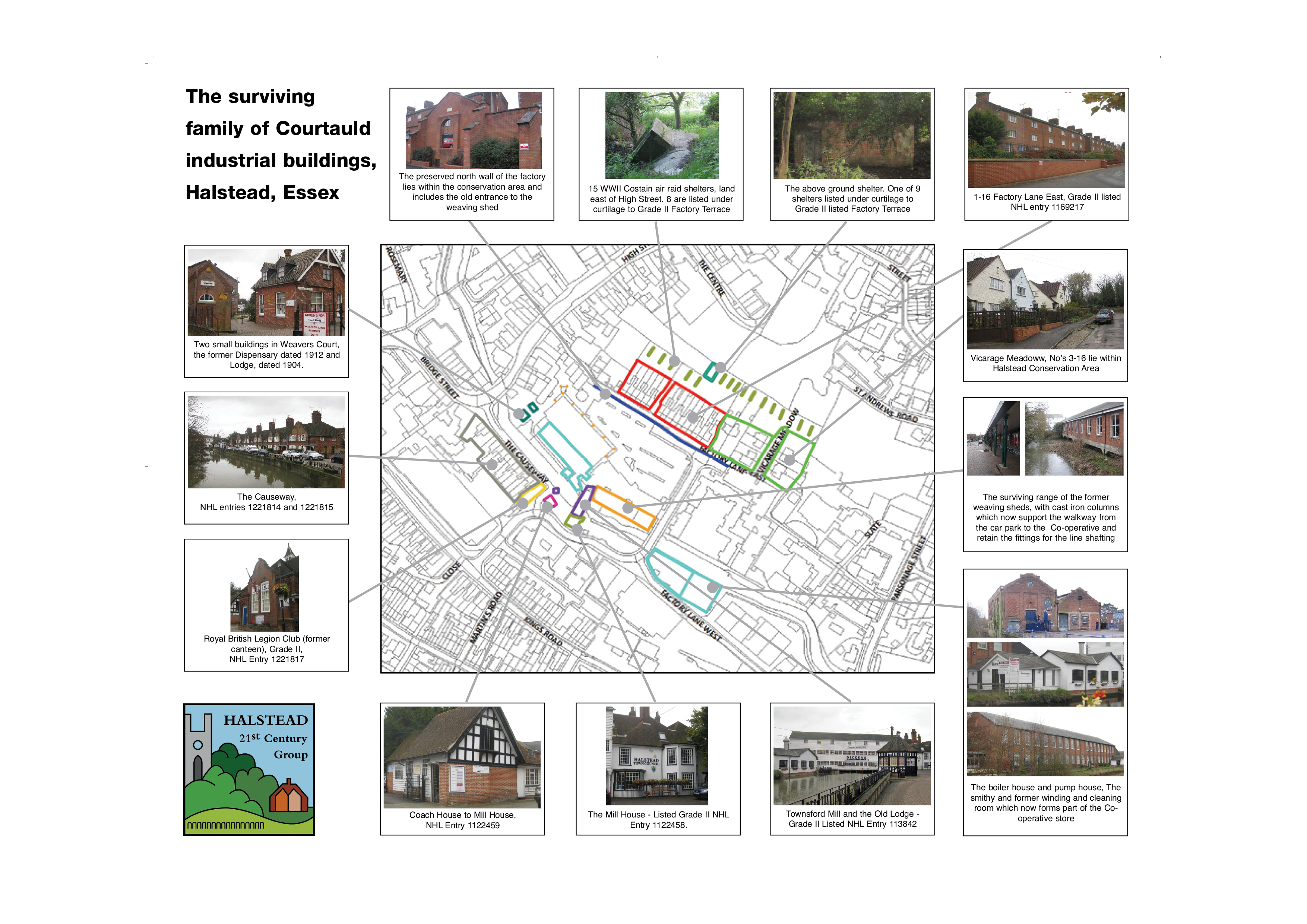