The following article was written by Judith Slater, Halstead 21st Century Group’s first chairperson, in 2013. It was our first venture into oral histories and was published in Halstead & District Local History Society’s September newsletter of that year and became a constant feature of our old website.

Given the 75th anniversary of the end of WW2, it seems fitting to reproduce it again here. Now lacking the digital copy, we’re not able to show a couple of photos but we thank Jim Davis of Halstead Heritage Museum for letting us have scans of the article which have been faithfully retyped.

Sheltering from the Bombs

What Muriel Constable, and Barbara Root, resident at No. 2 Factory Terrace as a teenager, have in common are their memories of using the Courtauld-built air raid shelters during WWII and which are still behind Factory Terrace and Vicarage Meadow.

Barbara Root cannot remember the 16 or so shelters being built. She says: ‘I believe they were in place two years before the outbreak of World War II, the first in Halstead, in anticipation of the conflict.’ She continues: ‘I do recall large wooden doors opening outwards to reveal steps and a blast-proof door below.’ Each shelter had wooden slated bench seats on both sides and even separate toilets for men and women behind the ladder and trapdoor. Electricity powered the lighting and a small stove for that all-important cup of tea.

Barbara remembers some of the first bombs to drop on Halstead on 16 August 1940. A cottage in Box Mill was damaged, another fell behind the Hospital and along the fields between Parsonage Street and Blue Bridge.

Apparently there wasn’t enough room for everyone, workers and nearby residents. Barbara reveals: ‘The Courtauld staff had priority during the working day, but residents used them at night. During 1940 the earnings were so frequent that my parents and I often spent nights down in the shelters. Later in the war, I’d listen out for the V1 ‘Doodlebugs’ which, when the sound of their engines cut out, meant that they were heading downwards. We’d make a dash for the shelters.’ 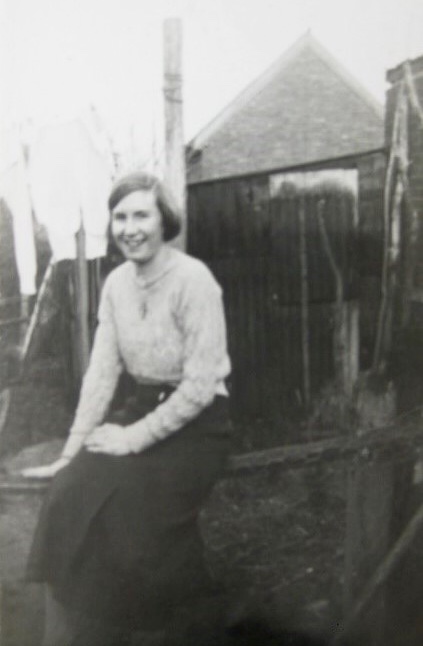 Muriel Constable started working at the weaving factory, aged just 14. During the War they made silk cloth for parachutes; a true ‘war effort’. This is probably why the owners provided the shelters, should the factory become a target for enemy aircraft.
What section did you work on at Courtaulds?

‘At first I was an office errand girl and then went on the twist belts, where workers got the threads ready for weaving. Posh people wore viscose, some had striped shirts of all colours. We had three beams and three lots of rods and you had to keep count.

‘In the Redrawing Section were tiny looms, like my grandmother had used. The Cutting girls would hand me the cloth which I took over my arm to the Gauze Room, where it was checked.

‘I did weaving next. Didn’t fancy that. It seemed so worrying and noisy. I had to learn it all in a month. Lilah Arnold, who was Lilah Seward, who has just celebrated 72 years of marriage, was one of my school friends and also worked with me in the factory.’

Parachute silk manufacture during WWII
‘They couldn’t get them out quick enough so they brought some of us out of weaving to do the twisting. We made material 100 yards long. It was important there were no cracks in the material as it could endanger the parachutists’ lives.’
What happened when the alarms went off?

‘The hooter sounding was the signal for us to dash to the shelters. In the Weaving, I’d got to stop four or six looms, pick up my gas mask, grab my food and knitting. We all had to get under cover, and quick.  You knew your shelter, sometimes the ‘All Clear’ would go almost straight away. I never was scared though.’

Courtauld patriarchal care
They were exemplary employers with a social conscience. They provided houses for the workers, the Cottage Hospital, the Homes of Rest as well as many sporting opportunities and garden parties.

A big event for Muriel was receiving her 30 years Long Service watch. A trip to London, staying in a hotel, a tour of the capital and then on to a show, Half a Sixpence starring Tommy Steele. At the presentation Muriel recognised a local Courtauld gentleman ‘sitting on the stage with the big nobs like. When he heard my name as coming from Halstead, he really perked up. You see the other workers came from all over the country from their other factories.’

Muriel worked there for 44 years. She lost her job a bit early because ‘they put me out when they was getting rid of a lot of the workers.’

**update  Muriel Constable died on 31st August 2020 aged 100. To the end she was a staunch supporter of both Halstead 21st Century Group and Halstead Trinity Church. She cared about the fate of the air raid shelters that protected her but which now need protection themselves. We now know that the shelters were built in 1939. However, while many air raid shelters were intact at the end of WW2, very few shelter groups of this size and type have survived the ravages of peacetime development. Ours have, and they’re an important part of Halstead’s local history, its industrial and Second World War heritage. That's why one of our key projects is to save them for future generations.

Will you join us to support this project? 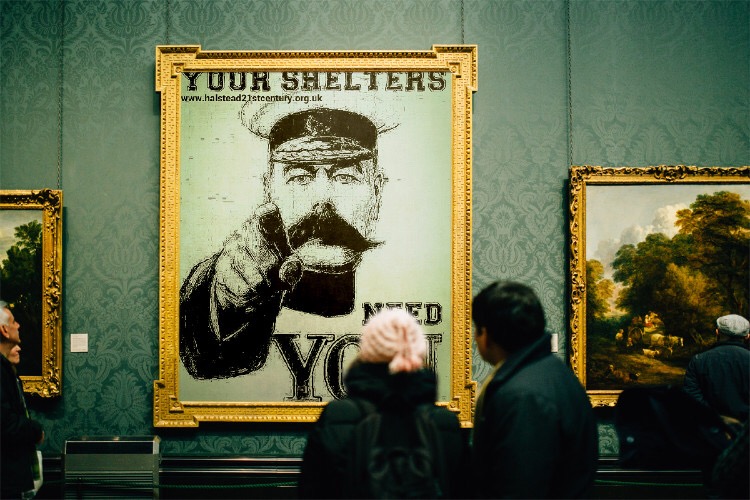