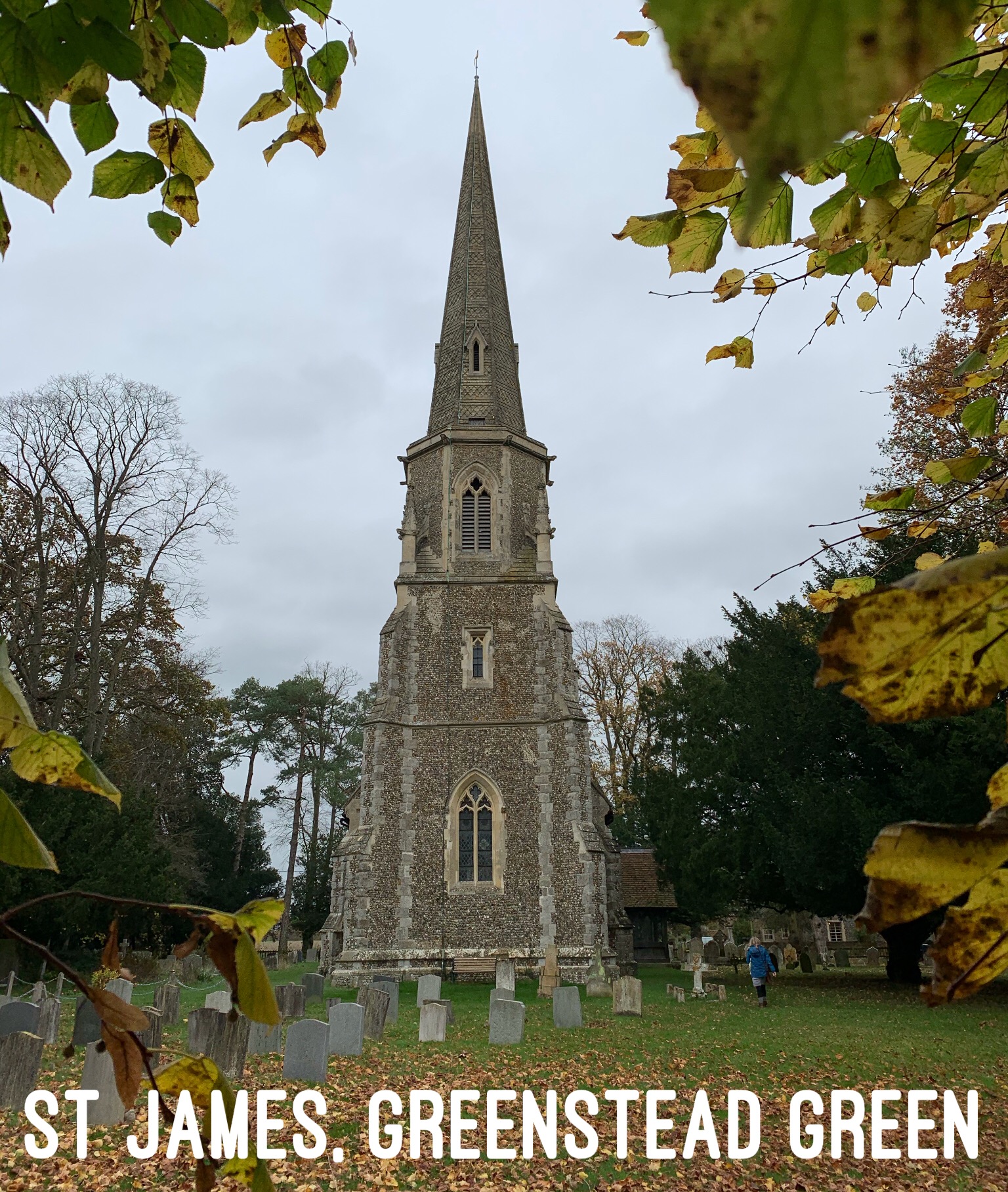 Born the son of a vicar, Scott was drawn to ecclesiastical architecture from an early age and began an apprenticeship while still a teenager. Graduating as an architect in 1833, he worked on many types of buildings, the vast majority for civic or ecclesiastical purposes. He was responsible for designing or restoring hundreds of churches and cathedrals across the nation.
Scott became a celebrated exponent of the Gothic Revival style, applying the materials and technology of the mid-1800s to his interpretations of medieval architecture.  This extraordinarily talented architect was knighted Sir Gilbert Scott in 1872, soon after completion of the Albert Memorial. 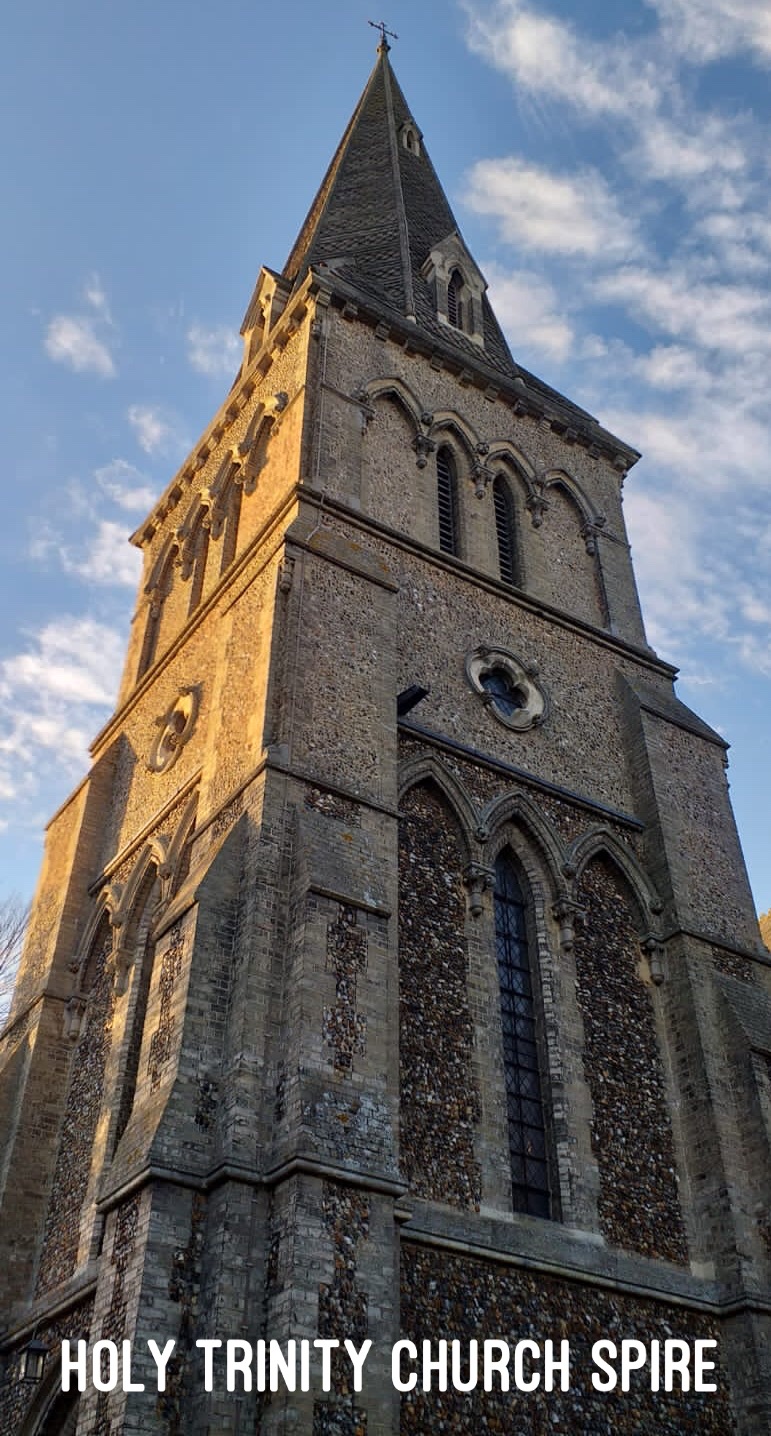 Halstead’s population swelled during the early part of the 19th century, especially to the west of the river, and St Andrew’s Church was struggling to meet its needs.  George Gilbert Scott was invited to design a second church in the 1840s, and a site was chosen on, or very near to, the ruined Merchant’s Guild Chapel of the Holy Trinity (hence the name Chapel Hill for the road leading to Gosfield), which had been abandoned in the middle of the 16th century.  The new building would be named Holy Trinity Church after its predecessor.

Scott designed the church in the lancet style with acute arches and a 150 feet tower and spire.  Construction began in 1843 and should have been consecrated in July 1844, but just 11 days before the great day, the spire collapsed.  It was thought that the last section of the spire had been built too quickly, so it was rebuilt and the consecration of Holy Trinity Church took place in October 1844. But the spire was not done yet; it developed a twist and had to be rebuilt again. This time it was suggested that the bells were too heavy, so the six bells were removed and replaced with a single bell, and the church tower was buttressed. The extra space in the belfry later became used as a Sunday school room, as the graffiti in the photo shows - the bordered name was the teacher's! Work was finally (well almost) completed in August 1846 at a cost of £4690.  The first organ was installed in 1851, replaced in 1858, again in 1878 and is still there, having just been repaired.

A few miles away, the residents of Greenstead Green, had never (to our knowledge) had a formal place of worship. Joseph Nunn Brewster, who resided at Halstead Lodge, gifted some land, and George Gilbert Scott was commissioned yet again. This time he designed a church, adjoining vicarage, and a school (opposite).  All were in the Decorated Style, using the same coursed flint design, and the building of St James the Great took place between 1844 and 1845.  The six bells originally destined for Holy Trinity Church in Halstead were transferred to be hung in the octagonal tower of St James’s where they remain to this day.  The east window (shown) dates from 1948, the older window having been destroyed during WW2. 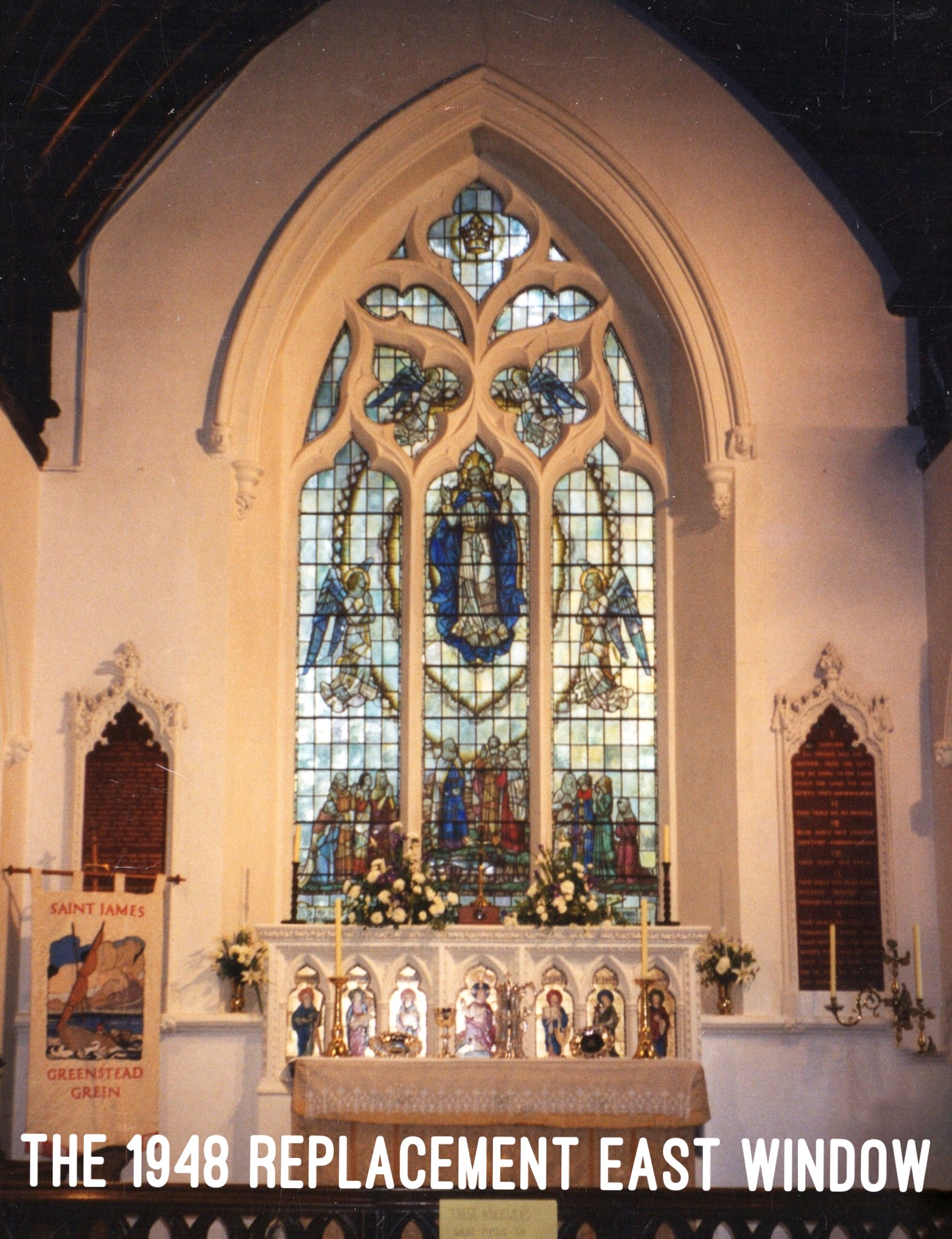 Back to the present, and only St James’s Church is used as it was first intended. The vicarage and school in Greenstead Green are both private houses. While in Halstead, with congregations shrinking, Holy Trinity Church lost its status as a parish church in 1988. The building is now preserved by the Churches Conservation Trust who, with support from the Holy Trinity Friends group, ensure that the church spire will continue to grace the southern entrance to Halstead, the elegant younger sibling to matronly St Andrew’s Church at the top of Market Hill.

£4700 doesn’t sound much these days, but it was a fortune in the mid-19th century and it wasn’t by the Church of England. So how were these buildings funded?  And who had the connections to commission such an illustrious architect?  We’ll be back to tell you more about the patron of these and other mid-19th century local buildings in a future blog.

Please click on the links to discover more information; there is a time limited link to a BBC programme about the Scott family. And please do consider a visit to both churches.   St James’s Church in Greenstead Green may re-open in December 2020, but Holy Trinity Church is open from 10 am every day, and – in normal times – the Friends group organise a programme of events throughout the year. Email stevecard52@gmail.com for details about their activities.