Did you know that Chipping Hill (the area north of St Andrew’s) probably comes from the Old English word for market: ceping. It’s quite likely that Halstead’s market began here, and one 18th century historian suggested that it was ‘almost as old as the conquest.’  Sited near most early dwellings and on a major crossroad, it would have been a prime spot for the merchants who sold their wares and craftsmen who plied their trades there.

A royal charter was granted by Henry III to the Lord of the Manor in 1250 allowing a weekly market and an annual fair. This was in direct competition with markets in Earl’s Colne and Castle Hedingham, resulting in a legal dispute and a settlement being agreed between local lords of the manor a few years later. Halstead went on to become one of the more successful markets in the area.

The granting of a market charter raised revenue for the King through his representative: the Lord of the Manor.  Strangely, an echo of the medieval manorial system still resonates in the 21st century because a lord of the manor still holds the Halstead's market charter: a legal document detailing how, when and where the market can operate.

Many more licences and generations of lords of the manor later, the market and fairs moved lower down Market Hill, and during the Elizabethan period edged further down the High Street. It was probably in the 1560s, that the Market House, was built. 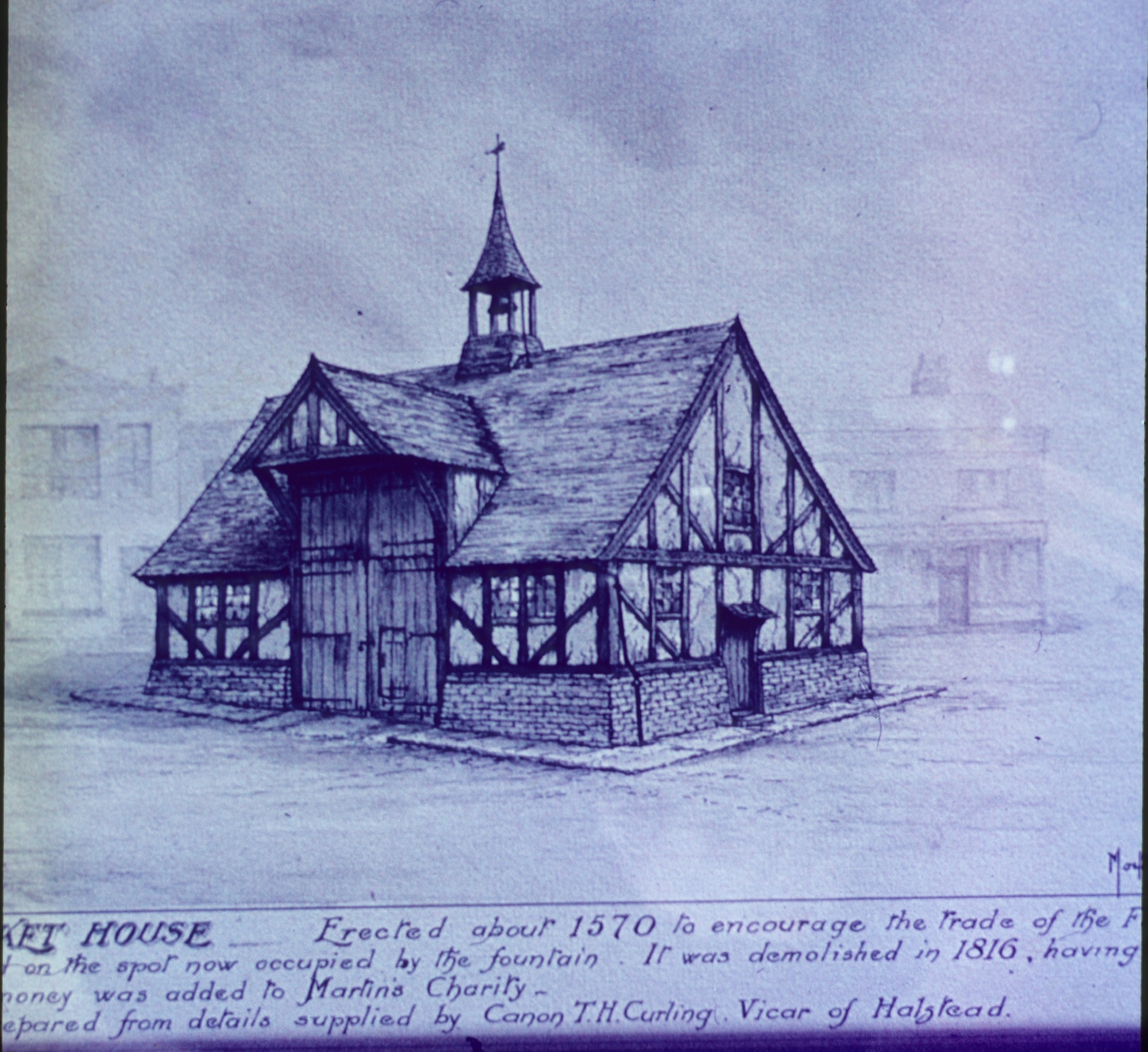 VOriginally called a Cross, it was modified to provide shelter and eventually became the building you see in the image.  It disappeared in 1816 and was replaced by an obelisk.  Although the adjacent stocks and whipping post seemingly survived (and were used) until the 1880s, and in 1887, the Jubilee Fountain replaced the obelisk.

It’s hard (but tempting) for 21st-century dwellers to imagine the sights and sounds of the market (and best not to conjure up the smells!) during those times and how they changed over the centuries.  The town’s population surged in the mid-1800s as local industry grew and the railway came to town, so it’s easy to suppose that the market was busy.  Indeed, from 1898 until the end of WW2, a once-weekly livestock market was added to Halstead's commercial activities. 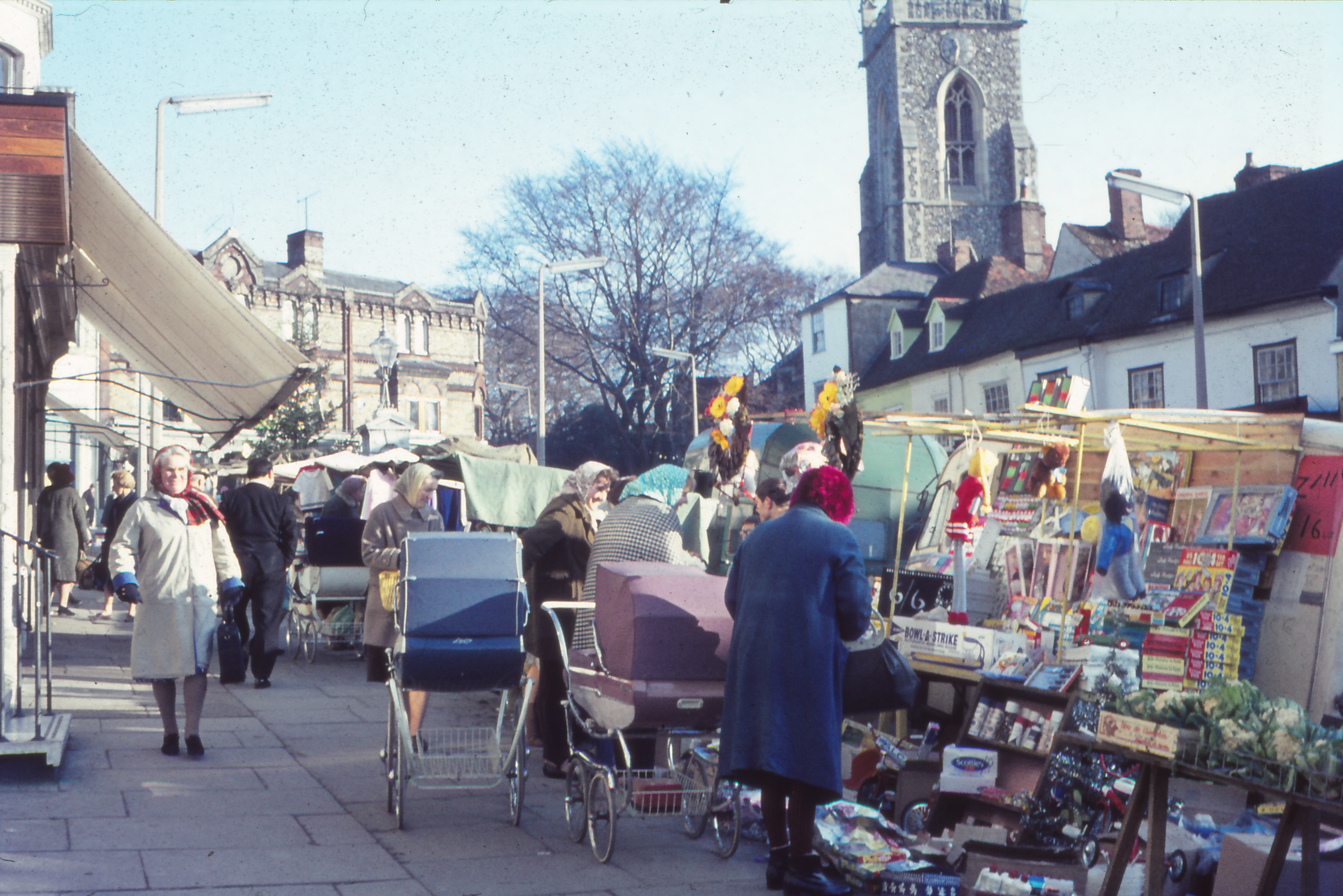 Market day in Halstead was still a thriving, twice-weekly affair in the 20th century. Just look at the photos from the 1960s onwards to see what a bustling place it was. 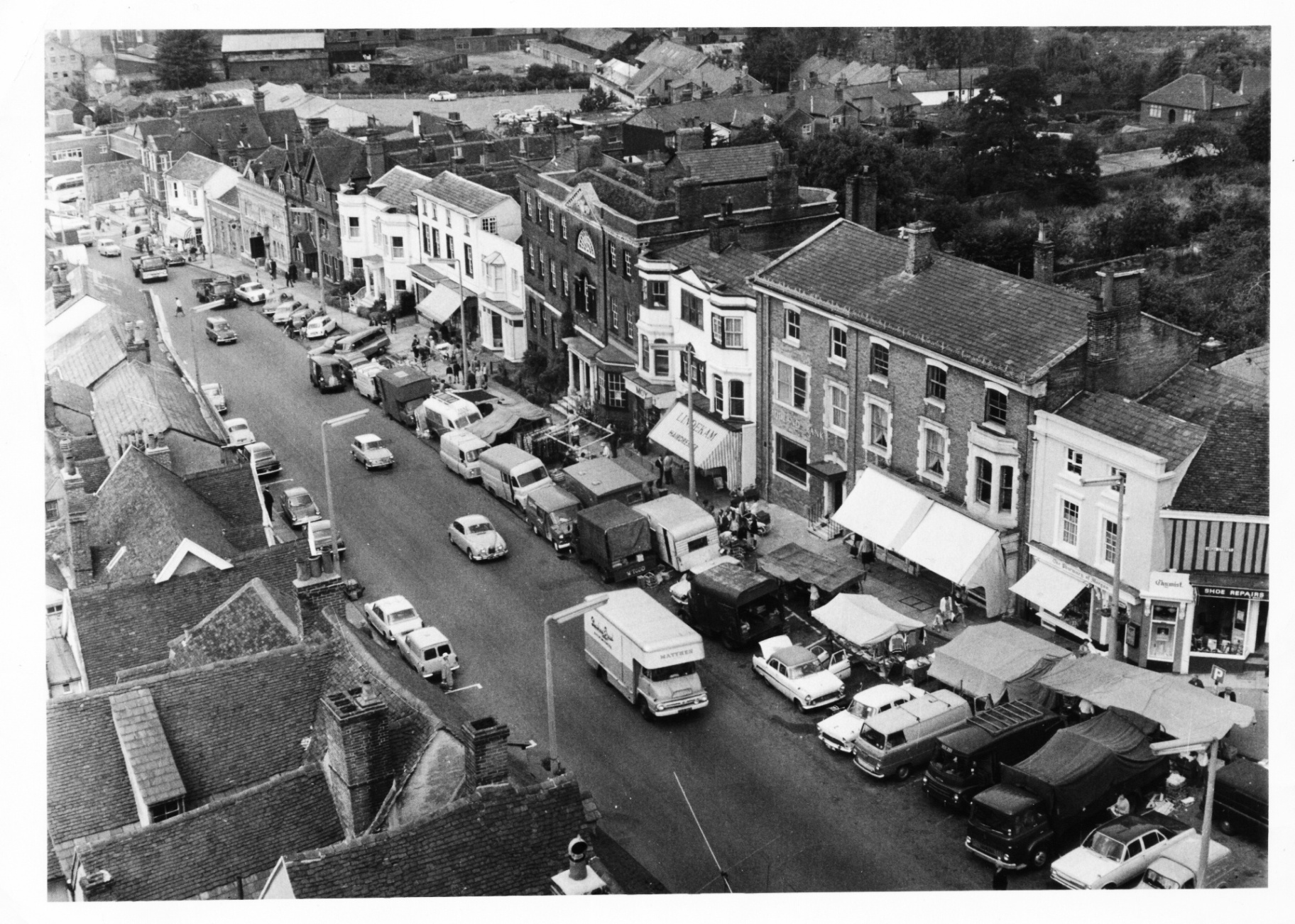 The 21st century has seen the number of stallholders falling drastically. Sadly, out-of-town retail units, the one-stop shopping offered by supermarkets, and the rise of online commerce, have all contributed to a decline in a historical tradition - just like our high streets. Both contributed to the character of our town because they’re more than selling sites – they are places where people meet as friends, neighbours and communities.

So what next for our town? Well, the consensus is that High streets need to become destinations - welcoming places that draw people in because of their diversity and uniqueness. According to experts the design of these town centre spaces need to be led by communities – and we only need to look to how local residents, community groups and business come together to make the Christmas Fayres such an outstanding success. So it's up to us all to help that happen.

It's important everyone has a voice, so what do local residents, organisations, retailers and other businesses want for our town? if you're local to Halstead we'd love you to share your thoughts in this survey.

Our thanks go to Halstead Heritage Museum for the images.